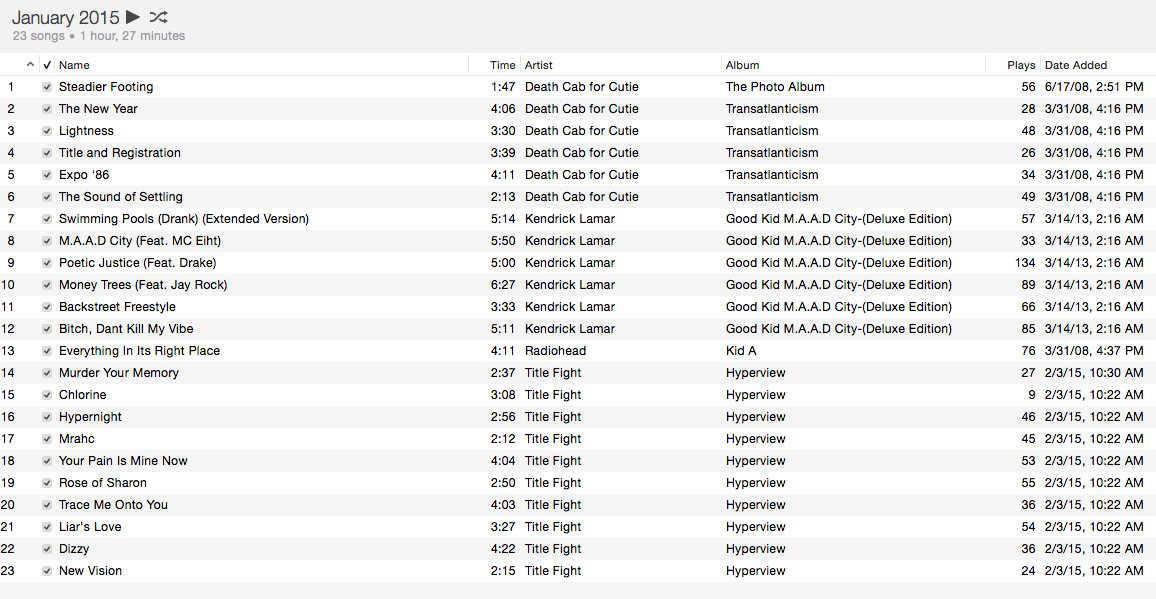 I started off the New Year like I always do with at least a few tracks from Death Cab for Cutie’s Transatlanticism and Photo Album. There is something about these albums that recalibrate me. They adjust my focus so I can set my sights on what I want to accomplish from the year ahead. 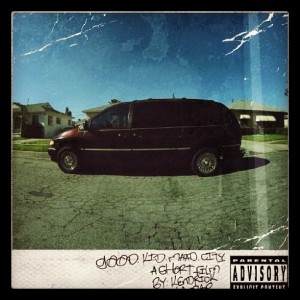 With all the rumors and speculation brewing about Kendrick Lamar’s next album, I got back into Good Kid M.A.A.D City. That album stands the test of time with ease. I failed miserably in late-2012 when it was released by putting it off. I ended up hearing his single “Poetic Justice” and was instantly hooked. His third album is said to promise great things since the kid, himself, seems madder than ever. 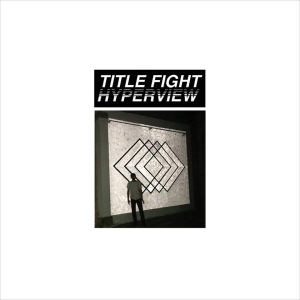 Title Fight’s third album, Hyperview, is one my most anticipated albums of 2015. I pre-ordered the download on iTunes to get the singles as they released. I also pre-ordered the exclusive vinyl on Kings Road Merch. When Pitchfork streamed the album in it’s entirety, I got up at five in the morning and listened to it three times before I was forced to get ready for class. Needless to say, I was extremely excited when I got word that the album leaked. I downloaded it as soon as possible. Even though the leak was a measly 128-kbps, I loved every second of it.