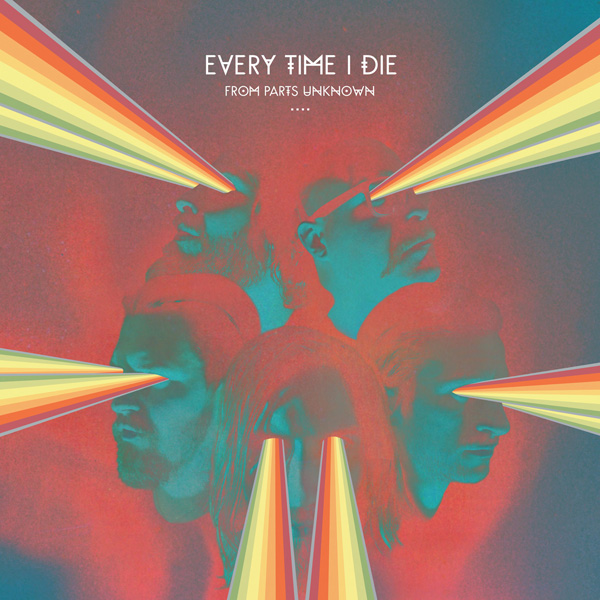 Top Albums of the Year

1. Every Time I Die – From Parts Unknown

Every single year I put Every Time I Die on a list, they’re near the top or they flat out top it. 2014 is no different. Looking healthier than ever, the boys from Buffalo, New York released a real ripper and my favorite album of the year, From Parts Unknown. Kurt Ballou, a true metal God, from the band Converge produced the album. It starts with an explosion from “The Great Secret” and ends with arguably the band’s greatest ending to a record, “Idiot”. Songs like their second single “Decayin’ with the Boys” keeps my blood boiling while the piano-led, eerie pseudo-ballad, “Moor” and banger “Exometrium” stitch the album together perfectly. The boys toured the United Kingdom with A Day to Remember, multiple United States tours and Canada with Expire. One of the United States tours was the entire span of the Vans Warped Tour. I made a trip out to Vans Warped Tour just to see them. I probably would have skipped the 8-hour-combined trip and a hotel stay in Minneapolis, MN if it was not for their presence on the tour. So, I’m glad Kevin Lyman got them on the tour. Funny tidbit: the band has it in their contract that Keith and Jordan Buckley’s father barbecue for the entire Warped Tour staff at the Buffalo, New York stop! The barbecue along with their insane live show must be why they have been on the Vans Warped Tour six times already!

2. La Dispute – Rooms of the House 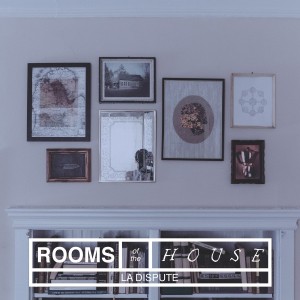 One of my biggest fails of the year was that I did not get to see La Dispute live. I even bought two tickets for their tour in Minneapolis but when the friend I was going with made a last minute cancellation and I couldn’t find anyone to go with me, I just sucked it up and stayed home. I will not miss the band in 2015! Especially since they recently announced a tour with one of my other favorite bands, Title Fight. I wish the tour wasn’t in Chicago on a Sunday in April, but nonetheless, I will try and make it out to see some of the songs on Rooms of the House. The album is wonderful from start to finish. My only complaint with their previous album, Wildlife, was that at times it seemed like it was droning on just a little bit. This is not the case with Rooms of the House. The album feels complete like Wildlife and never felt like it slumped like Somewhere At The Bottom Of The River Between Vega And Altair. Although, La Dispute had a wonderful year, I cannot help but worry for their future works since their guitarist, Kevin Whittemore, left the band after their tour supporting Rooms of the House.

Also produced by Kurt Ballou, I Am King by Code Orange was easily my biggest surprise of 2014. A year ago, my friend Kyle Ewing recommended then named Code Orange Kids to me. I shamefully shrugged off the recommendation and proceeded to move on with my life. The band’s unique name stuck in my head and after I stumbled on their first release from 2012, Love is Love/Return to Dust, in July of this year, I was hooked. College is a real bitch sometimes. I know I am supposed to be happy and grateful that I even get the chance to attend college but it does cuts into my concert fund and time. Code Orange barreled through the midwest in late September on a co-headlining tour with Twitching Tongues just after I started classes and couldn’t make the 7 hour round trip to Kansas City and back. Code Orange had a truly insane year! They released one of the best albums and even cut the word “Kids” from their name. I will definitely make it a high priority to see them in 2015. Who knows, I may even come out of mosh-tirement for songs like “My World” and “Unclean Spirit”.

6. Pianos Become the Teeth – Keep You 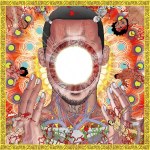 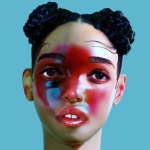 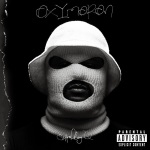 1. “Fall in Love” by Phantogram

3. “The Great Secret” by Every Time I Die

7. “Howling at the Moon” by Phantogram

9. “Best Friend” by Foster the People

Band of the Year: Every Time I Die

*Editor’s Note – Josh Newton is no longer in the band. Stephen Micciche replaced him in 2011.

Tour of the Year: Every Time I Die, The Ghost Inside, Architects, Hundredth and Back Track in Minneapolis, MN at Mills City Nights on December 6th, 2014.

This is a live performance from the best tour of the year. 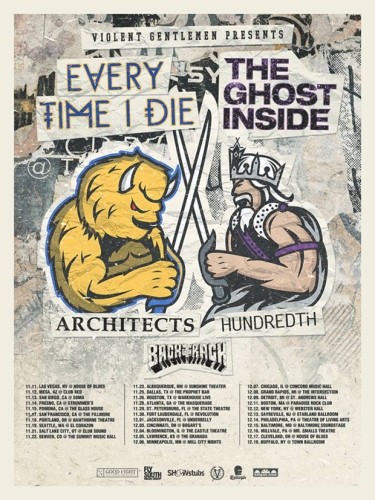 Honorable Mentions (in no particular order):

Various Artists – Guardians of the Galaxy O/S – This soundtrack tied into an amazing storyline and crafted one of 2014’s best movie releases.

Aphex Twin – Syro – I didn’t get to spend near enough time with this album but from the couple spins I have given it, I think it’s a good album.

Submerged – Don’t Be A Gurn (In Huss We Trust) – Des Moines’ own, Submerged, released a really solid album that I will drunkenly mosh to for years to come.

Chon – Woohoo! EP – Chon opened for Animals as Leaders in Des Moines and I was blown away. These dudes have huge potential to become something extraordinary.

Foxing – The Albatross – Even though his album was originally released in 2013, it was re-issued in 2014. It would have made my list in 2013 if I had a chance to listen to it then. I don’t include re-issues in my list or I would have put it somewhere in the top 20.